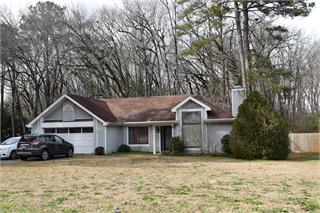 Sell your house in Georgia with the mortgage- Case study 19

In the next few months, Home owners are going to be forced to sell their house because they can no longer afford it. Many of these people will owe more than the house is worth. Here is a case like that.

A couple is trying to sell their house. It has a lot of work to make it ready to sell. They have two problems. One is; they don’t have the money to repair the house before they sell it ( and it needs a lot of repairs), Two; they would be underwater if they fixed up the house and then sold it (meaning they would never get all their money backout of the house).

The house they were selling was too small for them now and they needed a bigger house. They found a house they could buy that was bigger and still in the same school district. Now they had to sell a house that needed repairs and pay off their mortgage without draining their savings. The problem was, paying off the mortgage and repairing the house to sell retail would cost more than the house is worth. Also, they didn’t have the money to do all the repairs needed to get the house sold.

They called us and explained their situation. We asked a few questions and went to meet them. After we inspected the house, we decided the best way to help them was to buy the house as-is and do the repairs ourselves. The repairs were not structural. Still, there were many simple repairs that had been left unattended for too long and the cost had grown of control.

It was not a good investment for us if we had to buy the house outright and pay for repairs. After talking to the homeowner, They agreed to let us leave their mortgage on the house and we would keep making the payments for them. We are able to close on the house faster this way. This made them happy and it was cheaper for us (this made us happy).

They found the house they wanted and moved in in time for the new school year.