Skip to content
Case Study 6 – Lease your house, get a new tenant.

Case Study 6 – Lease your house, get a new tenant. 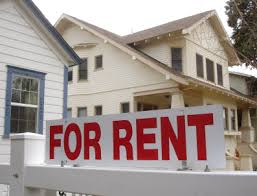 We lease houses from all kinds of people. Sometimes we lease a house that is already occupied. This story is a house in Macon we had to rehab the tenant, not the house.

Our client had a house that they moved out of in Macon Georgia. They were trying to sell it in the middle of the housing bust downturn. They owed more than it was worth and could not sell it. After trying everything (even a failed short sale), they rented the house to cover the mortgage.

They first used a real estate agent property manager to take care of the house.

For two years, the property manager they had was late paying the rent to them. Every month, they got charged for some little item of repair, but when they went to the house to inspect it themselves; they found no repairs had been done. By this time, they were ready to fire the manager, evict the tenant and let the house sit vacant.

The homeowner was a friend of mine.

He knew I was in real estate and asked me for help. Since the tenant was on a month to month lease by this point, he canceled his lease with her and we leased the house directly from him. Now it was our turn to make this house a productive rental.

It didn’t take long to learn why his old property manager had so much trouble. They leased the house to the first person with the money. We met with the tenant and signed a new lease with her. We discussed what was expected of her and what she should expect from us. With all parties agreeable, we leased the house to her for another year with the understanding that things would be better than before. This proved to be short lived.

After only three months, the tenant began to pay her rent late.

Even though she was very apologetic and cordial to us in person, she became increasingly difficult to contact and collect rent. The third time she was late, we collected rent in person (only because we were rehabbing another house around the corner) and had a long talk to remind her of her obligations. This time, she was not as nice. She began to adopt a “self-entitled” attitude.

By the fourth month of being late, she was promptly evicted. Of course, she felt she had a right to stay, but when it went to court, she was ordered by the judge to be out in seven days. Total time to remove the tenant took around forty-five days.

After cleaning the house and making a few touches, we started marketing for a new tenant. 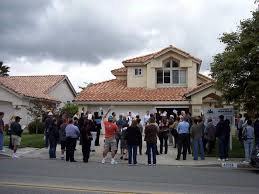 Our screening process gave us around a dozen applicants. The best qualifying applicant was a returning tenant coming back from Atlanta. She stayed with us for two years the first time and has no intensions of leaving this time. With higher rents and a great tenant, our landlord is very happy.

Let us know if we can lease your house from you.